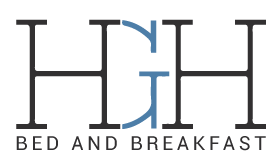 The lighthouse was originally commissioned in 1874 by President Rutherford B. Hayes when he put together $15000 to build a lighthouse. The construction was finished in July of 1879. The official name of the lighthouse became Neddick Lightstation and the coast guard with their families cared for the place. The funding for the care of lighthouses got cut short and soon after the lighthouse was automated.

A program called the Maine Lights program was developed in 1994 in order to help save Maines lighthouses. Now the lighthouse has plans to not only maintain the park and island but to expand it as well. The Sohier Park was also donated to the land. This park lets visitors enjoy a close up view of the lighthouse. Make sure that you stop in while visiting Wells, Maine.
People even host their weddings at Sohier Park.The park has a majestic view that overlooks the Atlantic ocean and is perfect for pictures.The park also has no fee to use the facility for a wedding. Please keep in mind that large ceremonies are not allowed. There are also a few policies that the park asks you to follow like:

Visitors are welcome all year round to enjoy the beautiful views, painting, photographing, scuba diving, fishing and relaxing. They have a small gift shop that is open from April to October, depending on the weather.

In 2012 funds began to be raised to expand the park.The park as it is right now is beautiful but not able to accommodate the growing number of visitors that the park receives each year.
WEBSITE
Guests
Adults
Check Availability